Last Saturday, I attended a wine festival at Buda Castle with a large handful of my friends. The first festival that I attended in Budapest was at this castle last year – a beer festival. Although I do not care for beer, I still attended it. I mean, how could I say no to a party on castle grounds? I am no fool. Anyway, a large group of us drank wine, ate traditional Hungarian foods, and found pleasure in each other’s company. I got half-sweet red wine (félédes vörösbor) from a stand representing Borpalota (Wine Palace) from the city of Gyöngyös, which is in Matra Wine Region. The first 2,000 ladies received a gift as well – thank goodness for this color and correction age control crème? 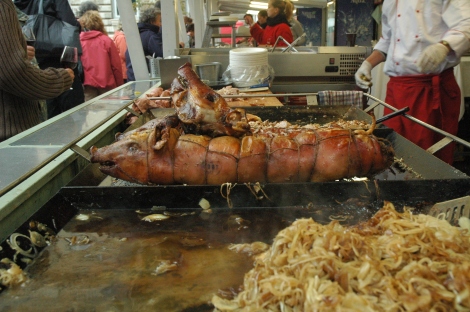 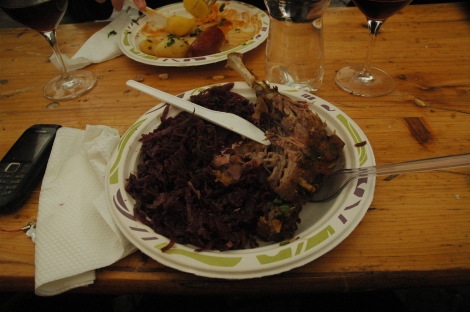 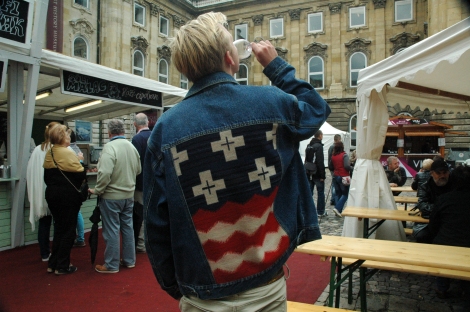 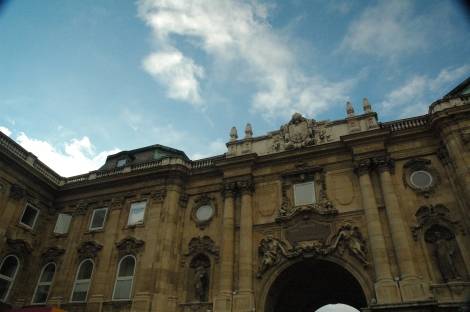 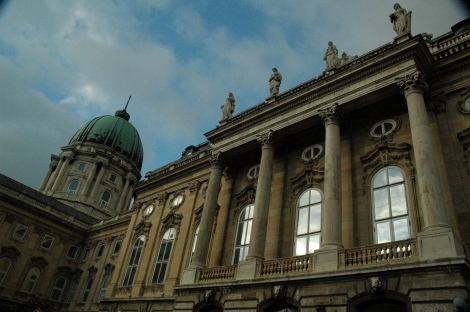 The price to get into the festival was 2.800Ft. The wristband also allowed you to get into the Budapest History Museum (Budapesti Történeti Múzeum). My friends and I entered the museum around 5:47PM, but unbeknownst to us at the time, the museum closes at 6PM. It was only after we were running around the museum that we found out that we had ten minutes to see what we cared to see – I dashed for the chapel and forgot I was with people. Two friends managed to catch up with me, but I accidentally split up the group. Oops. Oh well. 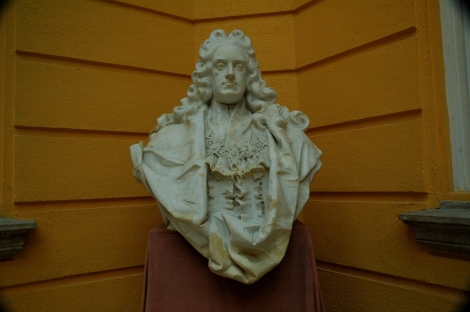 No time to figure out who this is.

After the wine festival, the lot of us went to two other CETP-er’s flat – Tiffany and Daniel. They are the most gifted salsa dances I have ever had the privilege of seeing. They have a charming flat in the Castle District, so we didn’t have to trek far. I find the different locations that we all live in to be fascinating. Although we all live in Budapest (well, those placed in Budapest), we experience different aspects of the city. I am pretty much out of the city, so my daily life is a far cry different than those who live in the city center. I love my situation, but I am still intrigued at what my life would have been like if I lived in the heart of Budapest. 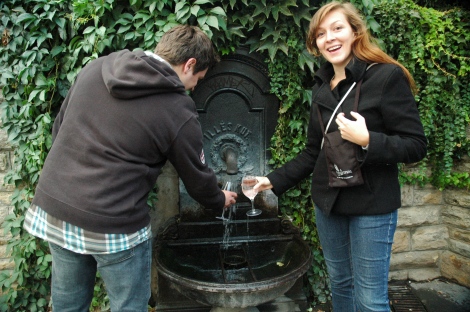 Danielle and J.P. filling up their wine glasses with water for the long trek.

The next day my friend Shannen and I went to the Hungarian Grey Cattle Festival which took place on the grounds of Vajdahunyad Castle. A friend, Jeff, told us of the festival the day before and I could not resist. Hungarian Grey Cattle (Magyar szürke szarvasmarha) originate from the Hungarian lowlands and have ash-gray to silvery-white coloring. This breed of cattle, thought to have come into Hungary during the 9th century, is one of the many symbols of the country – the cattle are even protected by law. At the festival there were many cattle in the grass, trinkets to be purchased, and people learning how to crack a whip. 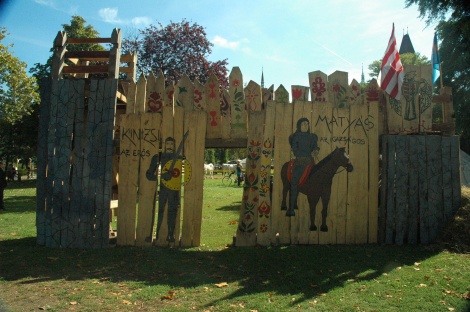 A fort built for children. 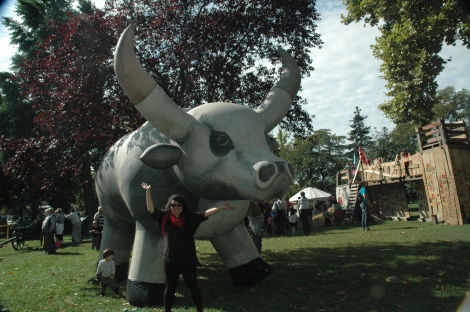 What is my life? 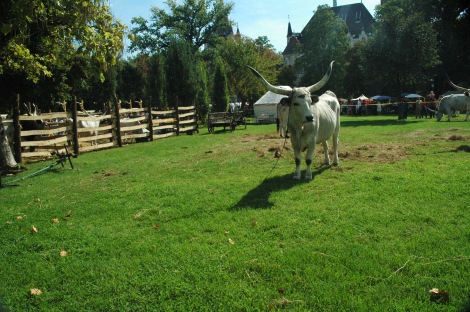 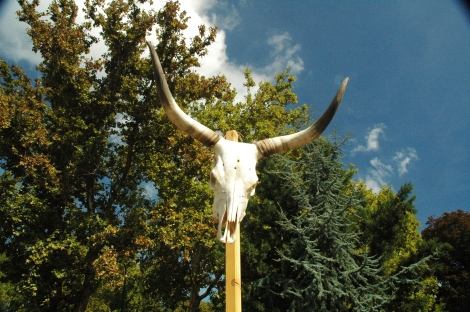 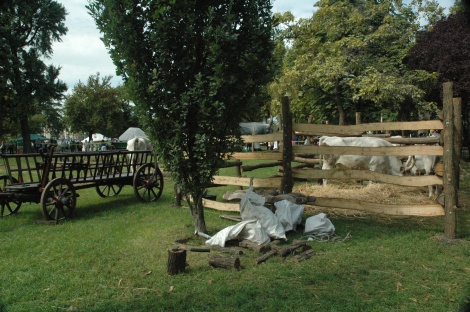 While walking around with Shannen, a passerby jumped into our conversation. I never caught his name, but reportedly he used to be Bret McKenzie’s (from Flight of the Conchords) landlord. Flight of the Conchords is one of my favorite television programs, so I tried to suppress my excitement. Also skepticism reigned supreme. Either way, six degrees of separation… 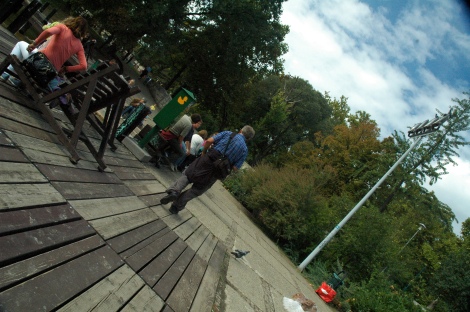 More pictures from my day: 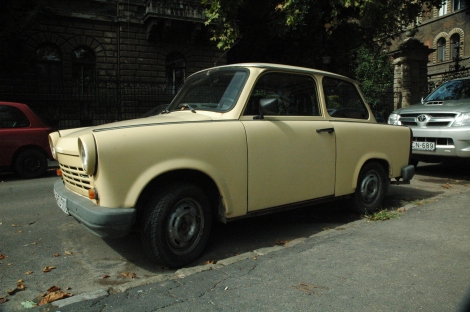 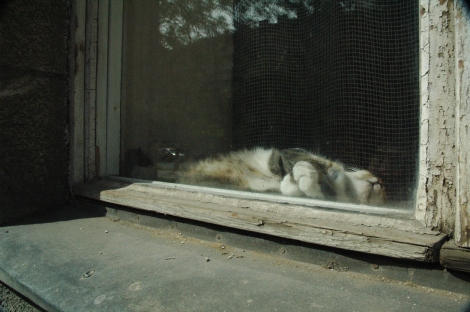 Since coming to Hungary, I have had a slew of ailments. I am fine, but I have a short story about the doctor’s office. Most people I know are used to distinct “it is my turn because the doctor called my name and motioned me to follow him/her.” At my doctor here in Hungary, it is almost like a free-for-all. I would say that 93% of people follow the “you were here before me, so you naturally get to go first.” I watched, however, a lady (playing by number two) get passed by someone with more gall than I could ever comprehend. The number two lady got up, everyone watched her (and understood that she was next), and was almost at the door (her hand was literally reaching out to turn the handle) when a woman just ran past her and squeezed in. I am not going to say that I laughed, but… I always send little emails to my doctor so that he knows that I am coming and gets me at my designated time. Royalty (just kidding, but it’s still cool).

I really do need to figure out what I am doing for my possibly last three/four school breaks in Hungary. One never knows. Where to go… where to go…

A Lesson From Miss Jennifer: Don’t breathe out in laughing manner when someone gets fouled in public. The room might get smaller by the second.