In a world where one cannot convey exactly what one thinks and feels is a world in which I reside – it is also where I belong. I recently went on a trip to Prague with twenty-one or so of my coworkers. Although a little over half speak English well, Hungarian was the language spoken most of the time. Taking those Hungarian lessons was one of the best decisions I ever made. I mean, how else was I supposed to explain horribly vile cuss words in Hungarian without that course? I am also used to not knowing the language around me as well – I was never taught Tagalog (the mother tongue of my mom). Regardless, Filipino parties were fun. Humans are humans – just enjoy being one with others doing likewise. Throughout the trip, however, I was battling a sinus infection from the depths of underworld.

After spending seven and a half hours in a van together, we made it to Prague. On the way, I found out that Hungary has more wind turbines than I have ever seen in my life. My excitement was through the roof! When we arrived, my colleagues and I walked slowly (understatement of the year) around the city. We then hit up some bars where I proceeded to interrogate people in Hungarian. The amount I know in Hungarian either impresses or depresses me. I know a whole hell of a lot, but then again, I don’t – what a conundrum! 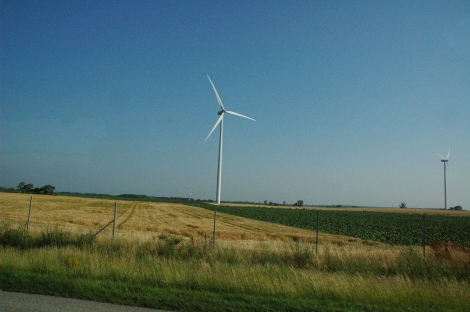 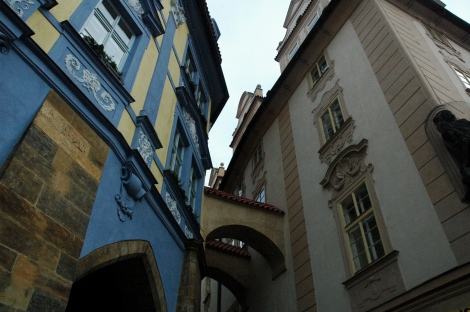 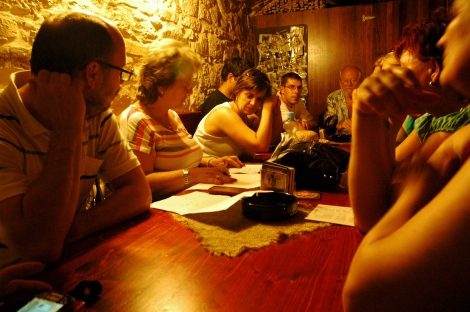 The next day, I traveled solo to Český Krumlov. I have already been to Prague before, so I wanted to see more of the Czech Republic. Unfortunately I did not have time to play with bones in Kutná Hora. As for transportation to Český Krumlov, I traveled on a Student Agency bus – and let me now take a moment to praise how nice their buses are: comfortable, clean, private screen (several movies, shows, music, and games), and a free hot drink. In total, I was on the bus for six hours – three hours there, three hours back – and it only cost me around €16. Moving on past my awesome golden chariot experience, Český Krumlov is a beautiful 13th century city located in the Czech Republic’s Southern Bohemian Region. The Rosenburg family (the most influential and powerful Bohemian noble family in history) owned the city and castle in the 1300s. After the Rosenburgs, the city and castle were owned by other prominent families. The city is incredibly small – just a mere 8.556 sq miles (22.16 km²). The most popular landmarks are the castle, the castle tower, and the garden (and obviously the Vltava River which runs through it). 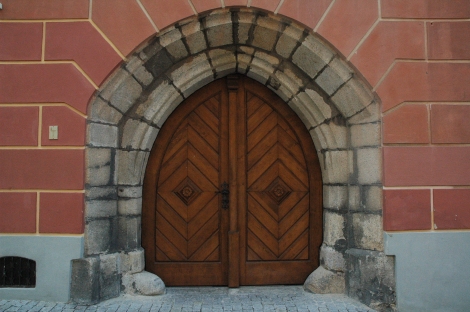 Doors. One of my favorite things to photograph. 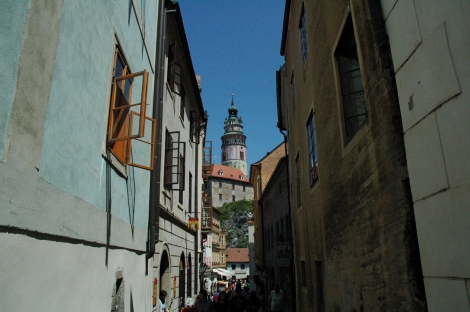 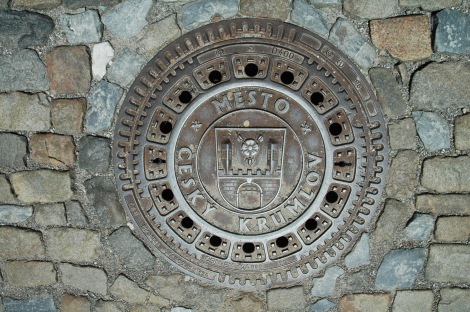 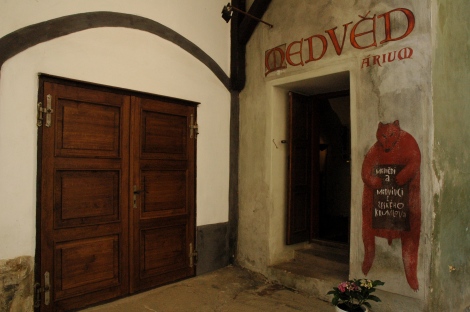 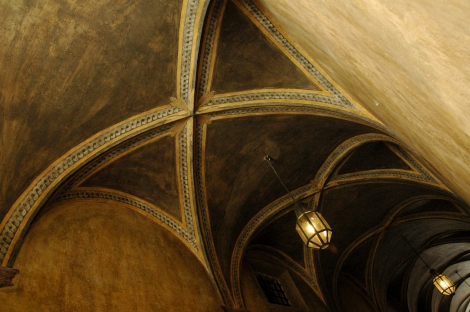 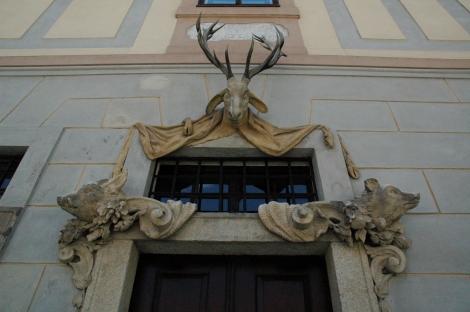 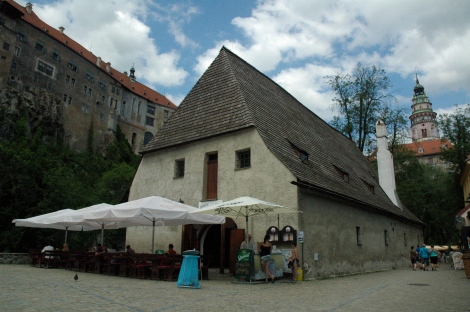 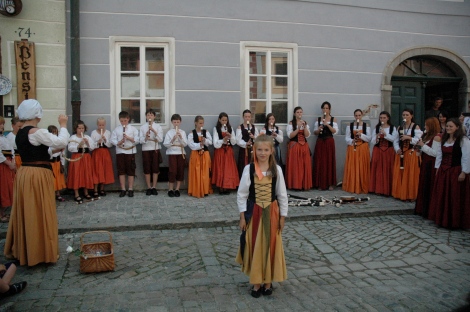 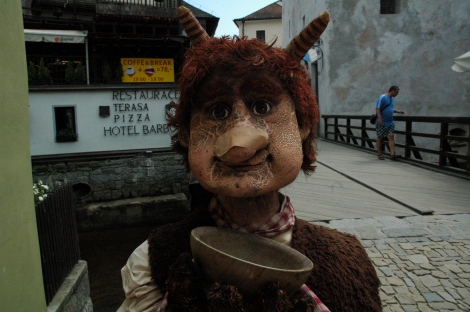 I generally do not like to go through museums and historical buildings – I support and will give money for them, but the thought of being in one makes me antsy sometimes. Unfortunately, I forgot how cool the castle was until 3:55PM: when I was on the other side of the city where my bus was scheduled to pick me up at 5PM. Rick Steves, I have failed you. The Český Krumlov Castle dates back to 1240 and is the second largest castle complex in the Czech Republic after the Hradčany castle complex in Prague. I did walk up all 162 steps of the wonderfully ornate and colorful castle tower though. 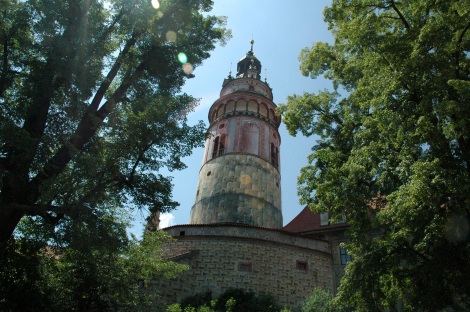 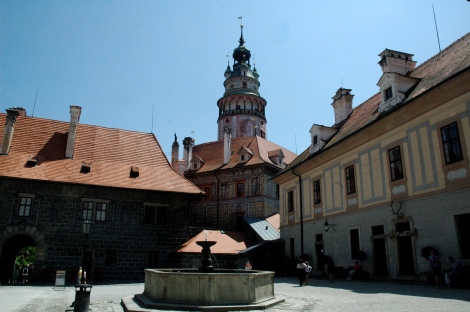 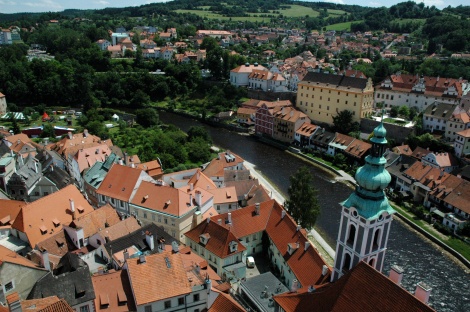 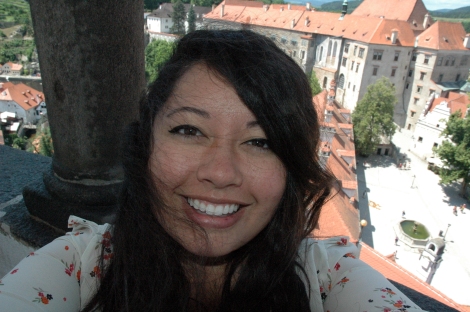 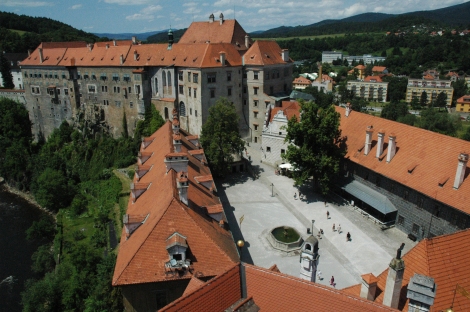 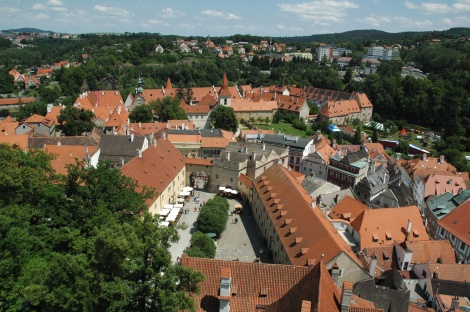 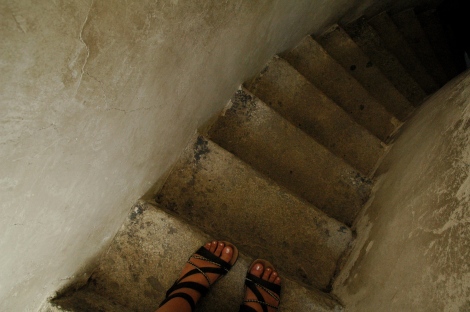 Note: It was much easier to walk up the stairs than down them.

For lunch, I decided to break out of my usual shell and order fish and rice. Before coming to Europe, I was a very serious vegetarian. Because of my fear of not being able to be a healthy vegetarian in Hungary, I started adding meat to my plate. After learning the words for food, researching my options, and finding other vegetarians, I am considering becoming one again. Anyway, I ordered my meal and almost got what I asked for: fish and fries (I ordered rice). Whatever the case may be, it was not the fries that I had a problem with. For those of you who know me, you know that I am terribly afraid of fish. Why would I order fish then? Let me elaborate: If fish does not look like fish (i.e. tuna in a can, catfish filets) then I will inhale it! You can probably guess where I am going with this – IT WAS A WHOLE FISH. EYES. MOUTH. GILLS. TAIL. Although I fought back the tears, I could not stop the loss of breath. I couldn’t ask the waiter to take it back – it was what I ordered. And, in addition, how could I even explain? “Sorry, sir, I know I ordered fish, but I am scared of fish. Please cut it up for me.” Pathetic. So pathetic. All I could muster was “Excuse me, but I asked for rice… but… but it’s okay, I will eat it…” Because I had a really bad sinus infection, my nose was red and my eyes were watery the whole day. The waiter probably thought that the fries situation was the worst thing to happen to me in my life. If he only knew the truth… 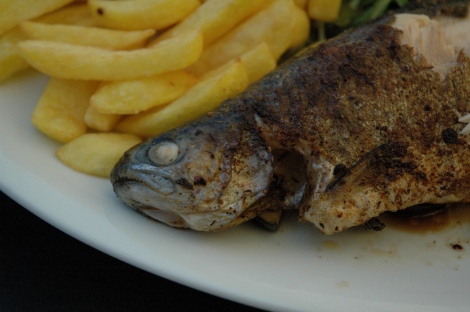 I walked around the city for a couple of hours, and then stepped out of the city center for maybe fifteen minutes. Mistake of the century. Apparently when I first entered the city, I lucked out and didn’t pay the 100Kč to enter the area. My luck ran out when I attempted to get back in. Accidental fugitive on the run. 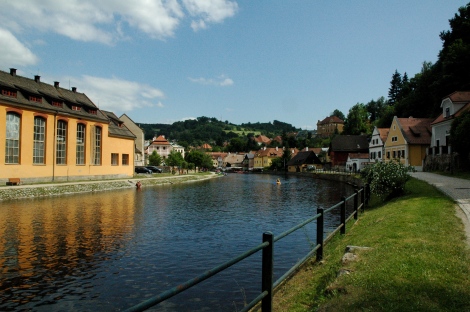 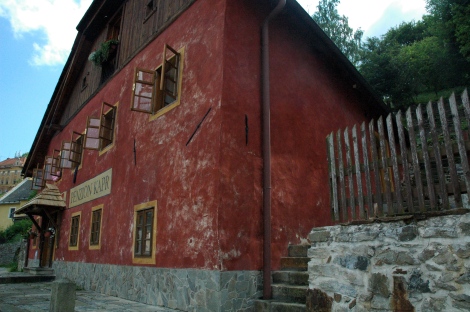 When I got back to Prague, I was beat. I was the poor “beteg lany” (sick girl). The waitress at the pub we were at ended up patting me on the head. Something about me just says “I’m a poor, little, baby girl – please take care of me” to the older crowd. The next day, I walked around at a snail’s pace again with a few of my male coworkers – Zoli, Dani, and Godwin. We paid homage to the John Lennon Wall then went back to the bus. Budapest bound. Home, sweet home. 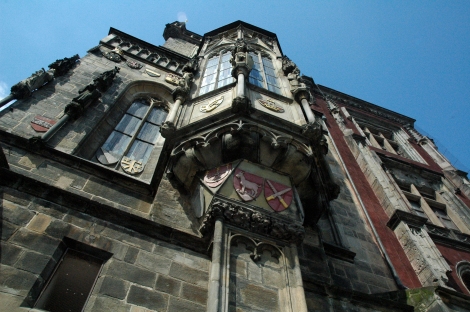 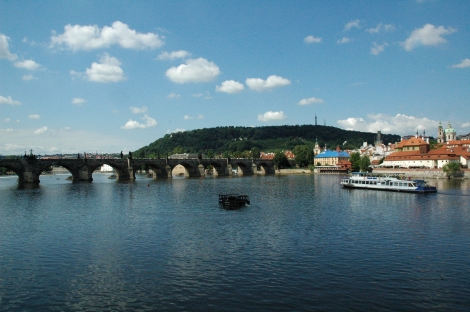 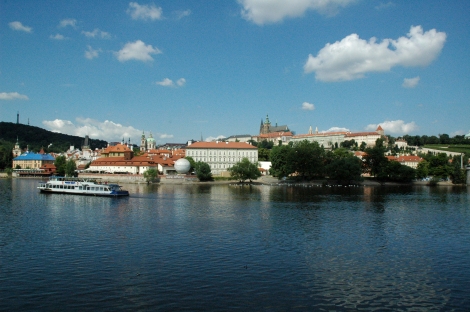 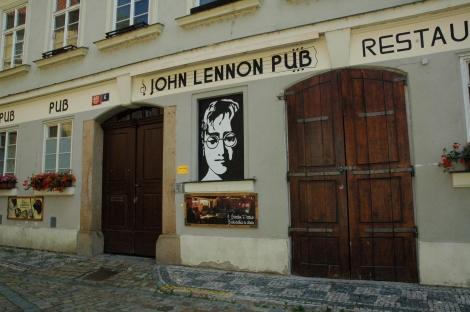 Overall, my time in the Czech Republic was grand. The countryside of the Bohemian region is from a fairy tale. I also love my coworkers with all of my heart. I could not imagine working with better people. Although I am an “outsider,” they have made me feel as if I belong. I do not know if they could ever know how much I appreciate them and the experience they have allowed me to have.

My life is good.

A lesson from Miss Jennifer: Ask questions about a meal before ordering. Assumptions are dangerous indeed.