“Hungary has always been unlucky.” This is the first sentence of The Ballad of the Whiskey Robber by Julian Rubinstein. He proceeds to write: “In the approximately eleven hundred years since the handlebar-mustachioed Chief Árpád rode into the Carpathian basin in 896 and founded Hungary, the country has been plundered so relentlessly that defeat could be considered the national pastime.” Throughout my year here in Hungary, I have witnessed the pain, beauty, strength, and pride in the people around me. The national anthem, Himnusz, begins with a direct plea to the Christian God – Isten, áldd meg a magyart (roughly: God, bless the Hungarians/nation of Hungary).

Most everyone knows that I love this country. The thought of possibly leaving it next year makes my heart ache. Due to the likelihood of me moving on, I am trying to take in everything (and anything) possible. My mission as of late has been to delve deeper into this great nation’s past.

Last Thursday, three fellow CETP (Central European Teaching Program) teachers and I went to Memento Park. At this open air museum, one can find statues from Hungary’s Communist Period (1949 to 1989). In March, I went to the House of Terror Museum (Terror Háza Múzeum) which also highlights the period in which Hungary was under communist and fascist rule. These statues were once found in the streets of Budapest. Ákos Eleőd, the architect for Memento Park, stated that: “This park is about dictatorship. And at the same time, because it can be talked about, described, built, this park is about democracy. After all, only democracy is able to give the opportunity to let us think freely about dictatorship.” At my school, there are only a small handful of employees (I am one of the youngest) that do not have a single memory of the People’s Republic of Hungary. I did not understand every statue – nor do I think I could ever. 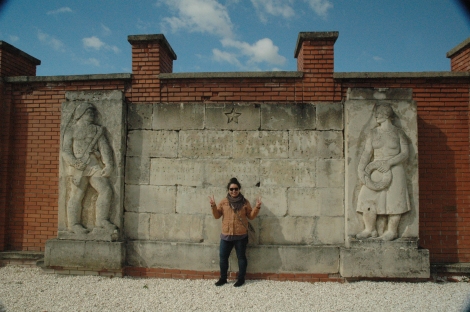 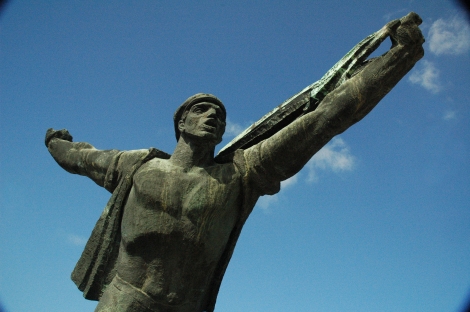 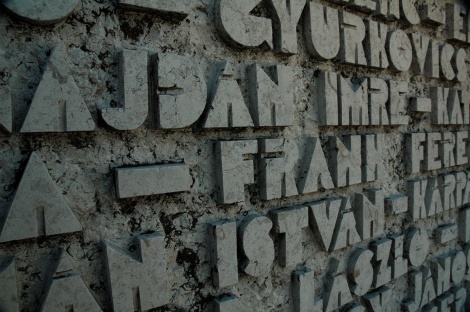 Communist rule is not, obviously, the only part of Hungarian history. Sadly, it is the only part that many people I know are aware of. Throughout the course of its past, Hungary has flourished wonderfully. Hungary was, at one time, much bigger – it was only after the Treaty of Trianon that Hungary became closer to the size it is today (through this treaty Hungary lost over 70% of its territory). Monumental architecture like the Parliament building (the second-largest governmental building in Europe – the House of Commons in Britain is first) is just one example of the greatness that Hungary possesses.

Before coming to Hungary, I had this dream of seeing the Hungary of the past. “Past” is a tricky term because several questions can come into play: Which period? What aspect? What interpretation? The general idea that I was searching for was embodied in Szentendrei Szabadtéri Néprajzi Múzeum, or Szentendre Open Air Museum. This museum, the largest outdoor museum in Hungary, displays “the Hungarian-speaking folk architecture, interior furnishing, management and lifestyle of the original, relocated buildings, authentic objects, old form of settlement in the 18th the middle of the 20th century the first half of the century-long period.”

Market Town in the Great Hungarian Plain – House from Sükösd. 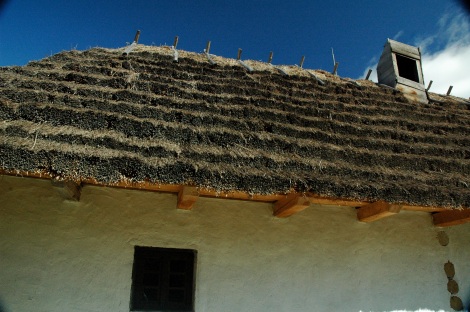 Walking around this museum was like walking around in a beautiful dream. Most of the time I was completely alone, frolicking about like it was for only me to see. The workers at this living museum carried on with their tasks – whether it be tending to the gardens or watching the livestock. They were all donned with traditional garb. During my four hour adventure, I stumbled across one lady picking apples. We conversed, in Hungarian, for a couple of minutes and then she offered me one of the apples. Truth be told, it was one of the most delicious apples I have ever had the opportunity of eating in my whole life. 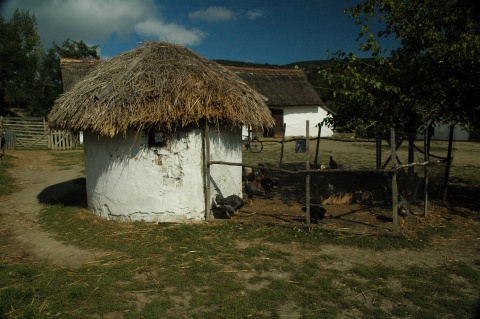 Market Town in the Great Hungarian Plain – Farmstead from Nagykunság. 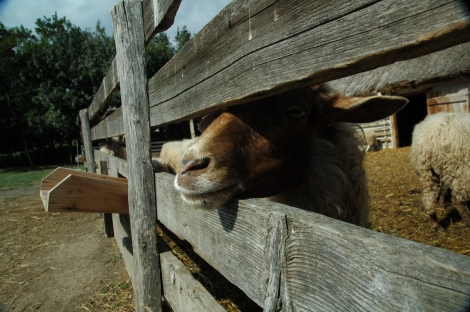 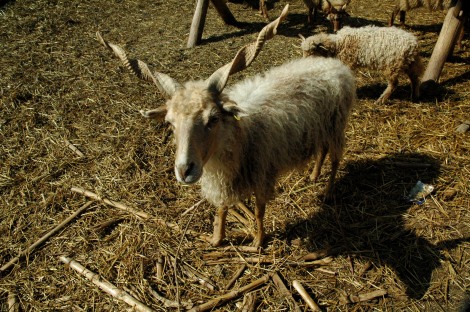 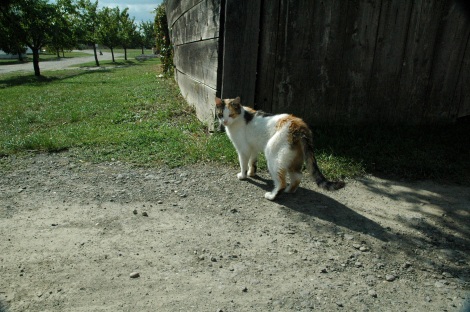 The museum is split up into ten regions: Northern Hungarian Village, Upland Market Town, Upper-Tisza, Market Town in the Great Hungarian Plain, Southern Transdanubia, Bakony – Balaton-Uplands, Western Transdanubia, and Kisalföld. There was no one route – visitors are free to roam about to every single region and building at their own accord.

Market Town in the Great Hungarian Plain – Windmill from Dusnok. 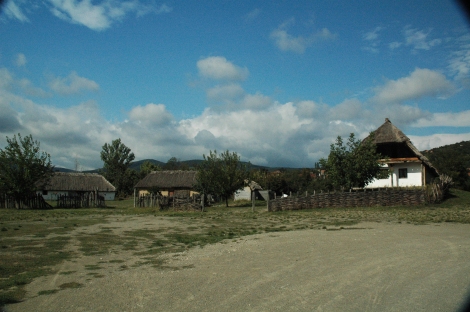 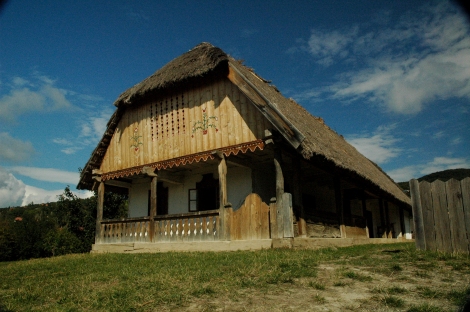 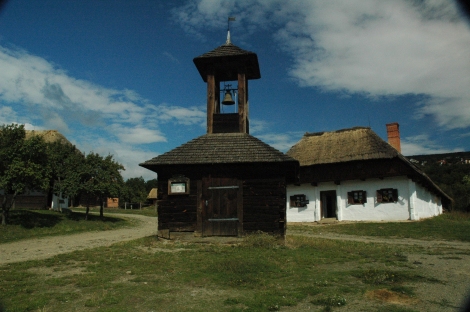 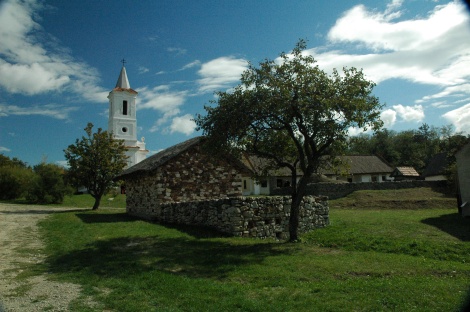 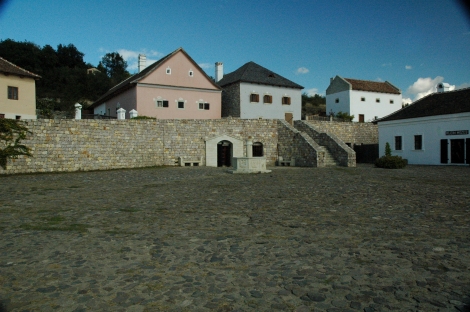 On the premises there are also the remains of an old Roman villa which date back to the 3rd century. This land was once part of the Pannonia province which was part of the Roman Empire. During the time of the Ancient Romans, part of the area that we know today as Budapest was called Aquincum.

There is still so much to learn about Hungary, but I am determined to find out more. Here’s to quenching my thirst for knowledge!

A Lesson From Miss Jennifer: Keep your student identification card after graduation. Interpret that statement as you wish.