I have now been to as many Hungarian cities/towns/villages as years I have lived. Székesfehérvár (pronunciation: say-kesh-feh-hair-vahr / translation: “seat of the white castle”), was graced by my presence yesterday. Danielle and J.P. accompanied me to this historically important, aesthetically pleasing town of 100,000 – Hungary’s 9th largest city.

I had initially planned on going to Krakow this weekend (I have a three day weekend), but surprise! my plans fell through again. Attempts to go to Krakow = six or seven – I have lost count. Krakow, what have I done / what must I do?!

Anyway, J.P., Danielle, and I left from Budapest-Déli station and my roundtrip ticket was only 1.600Ft ($7.22). I paid half as much as my colleagues because I have worked as a teacher in Hungary for two years. Teachers get a 50% discount on train tickets within Hungary. Yes, I have to pay more taxes next year, but at least I get a little something in return (you know, besides the continued, undying love of my students… right?). We took a fast train and got to Székesfehérvár in only 46 minutes. Upon exiting the train station, we happened upon a map. “Wow…big deal…” you might think, but no, IT IS A BIG DEAL. As previously stated, I have been to 25 settlements in Hungary. Very few places actually have a map at my disposal. Fun fact: The Hungarian term város (plural: városok) can mean both city and town [insert “the more you know” nostalgia here]. 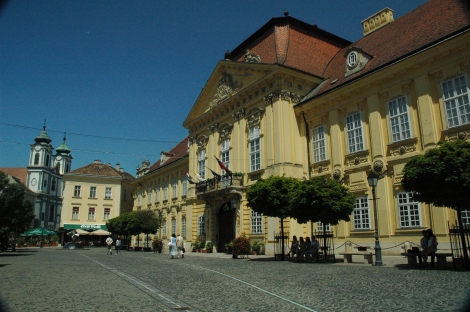 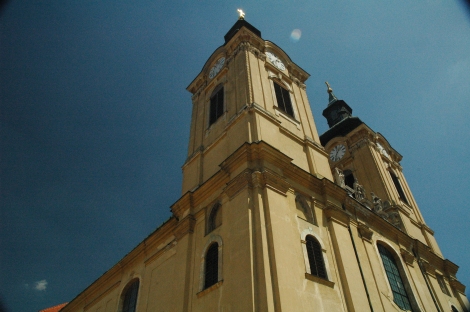 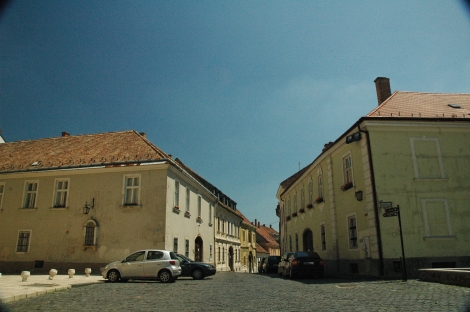 Székesfehérvár was one of the most important cities in medieval times mostly due to the Székesfehérvár Basilica / Cathedral Basilica of Saint Stephen. This cathedral previously housed the Holy Crown, was location of over 30 kings’ coronations, and was the burial site for 15 of the kings. Unfortunately it was destroyed during the time of Ottoman rule, but the ruins still remain today. 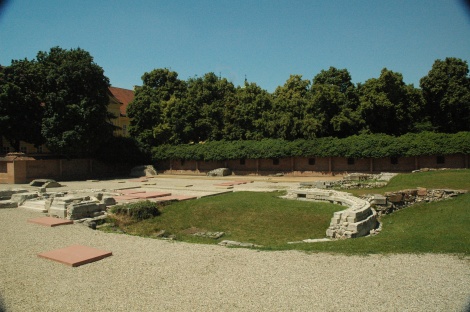 One of the main reasons why I wanted to go to this city was because of the Bory Castle (Bory vár). Bory Jenő, an architect and sculptor, built this castle with the help of his students from 1923-1959. You can reach the castle by either walking for an hour or taking bus 26/A from the bus station (autóbuszállomás) for roughly 17 minutes. I am almost positive that a bus goes from the train station as well, but I lost the paper with that information on it… We were not sure about which stop to get off at, but the sweet bus driver told me not to worry about it and gave us a thumb’s up at the correct stop (Note: after getting off, I saw that it was at Vágújhelyi utca). Upon arrival, we were floored by the beauty of the castle. Myriad flowers covered the castle grounds. I am almost certain that we complimented everything for the whole hour or so we were there. This castle was essentially a castle of art – sculptures, paintings, etc. lined every wall. It was a joy to romp about in. Tickets were 800Ft for adults and 400Ft for students – I will be a student forever. 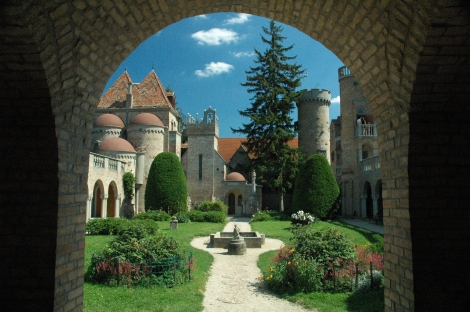 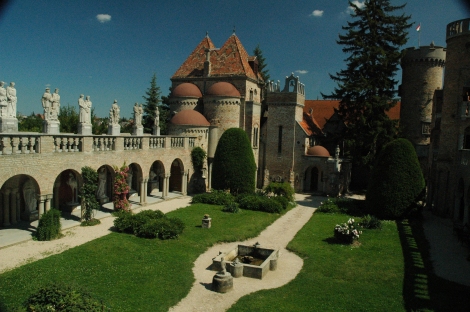 After leaving the castle, we went back into town to get something to drink: parched would be an understatement. The heat is here and in full force… I am not looking forward to the summer. Speaking of summer, my second year of teaching is almost over. My 8th graders graduate this Friday! Time has flown by and I am desperately trying to slow it down.

Lastly: I purchased a couple of things recently and am considering adding a fashion section to my blog. I am so trendy, you know.

Oh, one more thing: My blog will turn two years old in eight days, so Happy [almost] Birthday to my blog! 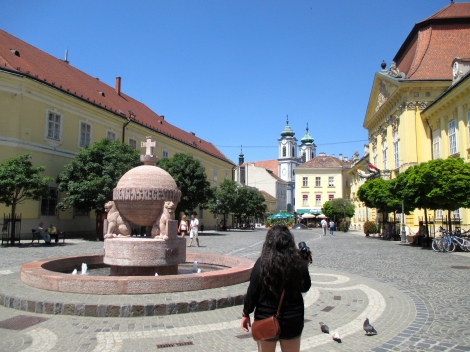 This is my life. [Borrowed from Danielle.]

A Lesson From Miss Jennifer: If you are delicious, have bug spray on you at all times.