Standing at the foot of a marsh with the ruins of a 19th century mansion behind me, I see a band of horses grazing in the distance. The wind blows through my own untamed mane, tangling it further. I smell nothing but ocean water and horse manure, of which I have unsuccessfully dodged. The sun shines through passing clouds, giving my now-vitamin-D-deficient-self a reason not to take a supplement for the day. Thanks to my little sister and a dramatic spin with my mouth open, bug spray dominates my taste buds. With my sisters by my side, three cameras in my hands, a bike underneath me, sweat in my skin folds, and a feeling of complete and utter peace pulsing throughout my body, I explore Cumberland Island.

Original shot. I think I made it up.

Cumberland Island, the largest and southernmost barrier island in Georgia, is believed by many to contain some of the most beautiful beaches on the East Coast. This region of Georgia has been populated for a few thousands of years, offering its rich, diverse habitat to all those living there. Even though heat defeats me, the beauty that this climate creates brings back to life. The National Park Service states: “Cumberland Island is a complex ecological system of interdependent animal and plant communities. Each lends itself to the preservation of the other. A system of foredunes protects the interdune meadow and shrub thickets. A canopy of live oak trees stretches out just beyond the back dunes that provide protection from the salt spray. In the central and northern sections of the island, pine trees tower over mixed hardwood forests. On the western side of the island, saltwater marshes pulse with the tidal flow.” 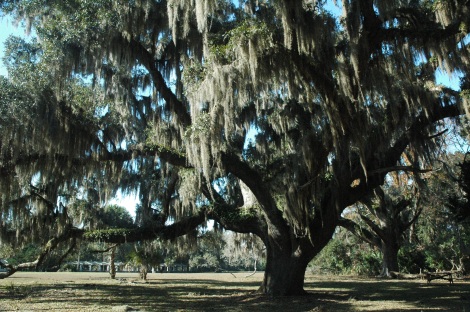 I touched down from Atlanta the morning my sisters, Maricel and Amira, and I were scheduled to go to the island. We booked the 9AM ferry, which meant that we had to leave Savannah a little after 6AM. I tried to stay awake during the car ride for the sake of my older sister, Cel (Maricel), but it turned out to be a rather fruitless endeavor. Note: You should reserve a spot on the ferry ahead of time. The ferry ride was 45 minutes long, so my sisters and I climbed to the top level of the boat for the best views. The ferry stops at two docks – Dungeness and Sea Camp. Dungeness Dock is closer to the ruins of Dungeness (shocker) and the Carnegie cemetery. Sea Camp is where you can rent bikes. Pro tip: RENT A BIKE. Get to the bike racks early so you can pick out the best ones. It was the best $16 I ever made my older sister spend. 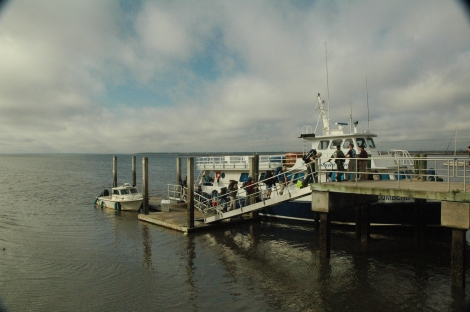 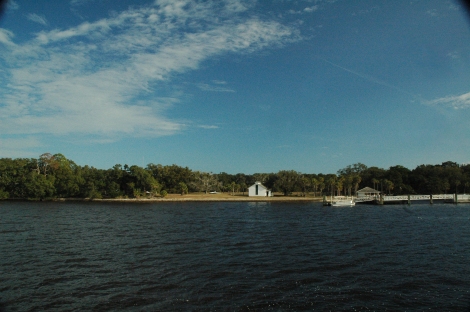 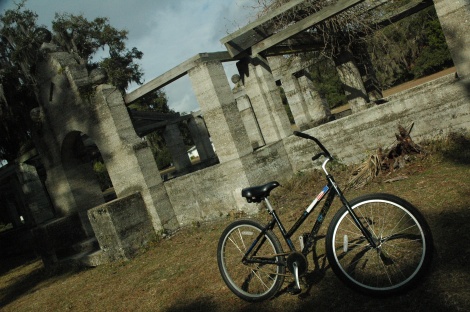 Along with the ruins, I really wanted to see the First African Baptist Church located at the northern section of the island. Unfortunately we would have had to bike around 30 miles (48 km) there and back (not going to happen). I enjoy riding bikes as much as the next person, but biking that much in 80°F (27°C) weather while on a few hours of sleep during my holiday was not something I cared to do. Oh, and yes – I did experience 80°F. Welcome to wintertime in Georgia. One day the high is 80°F, the next it is 40°F. Like Miley Cyrus, Georgia’s weather “can’t be tamed.” 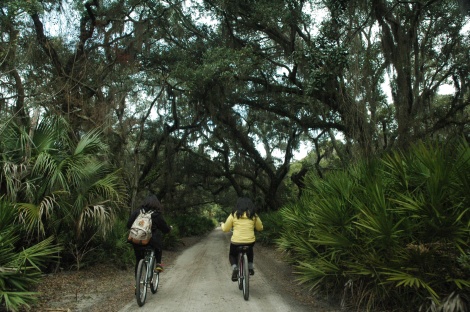 Instead of overexerting ourselves, my sisters and I biked to a nearby empty beach. I was hell-bent on finding a shark’s tooth, but came out empty handed. I did find a fairly nice intact shell though. Small victories, I suppose.

Our next stop was Dungeness. The Dungeness that we can see today was the home of Thomas Carnegie, brother of the steel magnate Andrew Carnegie. Thomas never lived to see its completion, but it turned out to be a majestic 59-room mansion. Unfortunately a fire in 1959 destroyed it. The ruins, however, are still grand and awe-inspiring. It was here that I saw feral horses in the distance. After looking at the ruins and stopping at the beach (to try to get closer to the horses of course), we made our way to the Carnegie cemetery. Yes, I know. I am a taphophile or, in layman’s terms: “a tombstone tourist.” 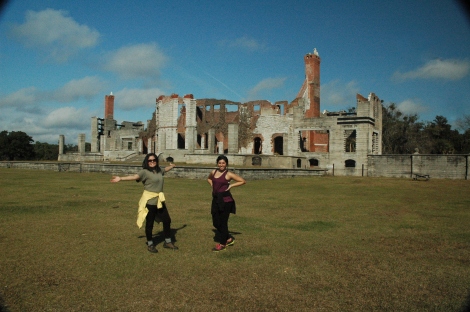 Maricel and Amira in front of Dungeness. 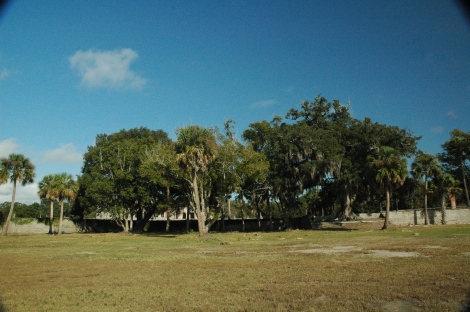 I will refrain from telling you each stop we made (mostly due to the fact that I am tired and in need of a shower), but just know that the island is teeming with wildlife and history. I have barely even scratched the surface. My sisters and I only had a few hours on the island, but fell head over heels in love. If you have the opportunity, camp there!

The ferry back was relatively uneventful until I threw a piece of a Pop-Tart to a seagull. A woman on the ferry then promptly shouted that I “should be thrown overboard.” The photographers on the boat were pleased though. I cannot make everyone happy.

At least the bird loved me.

A Lesson From Miss Jennifer: When spraying bug spray, close your mouth.