I just want to preface my first story with this statement (aimed at future employers): I am [usually] a punctual person. As you, fine reader, can probably surmise, I was late for my first staff meeting of the year – an hour and seven minutes to be exact. I woke up after 9AM (when the meeting began) and panicked. I ran to my phone and texted my boss: “I am so sorry. I overslept. I will be there around 10AM.” Of course the bus I initially planned on taking showed up five minutes early, so I helplessly watched it roll on by. At school, I hoped to quietly sneak into the room completely unnoticed, but my plans were foiled by my lovely boss. Laughing, she made a scene and motioned me to the front like the bad child I was – I had a special place of honor beside one of the assistant principals. Hanging my head low, I (again) hoped to fade away into the darkness of my shame. My boss then told me to stand up and tell my coworkers why I was late. As I began to speak in English, she stopped me and said (in Hungarian): “No, speak in Hungarian so everyone can understand.” While my coworkers erupted in laughter, I cried out “Kicsit álmos vagyok!” (I am a little sleepy) and sat back down. My boss/coworkers found humor in my misfortune. I love them/respect their humor.

After many moons and scorching suns, school has finally begun. All of my baby boys are now taller than me. Even though they are “grown,” they were the first ones to run and hug me/welcome me back. Last year I taught 5th and 6th grade, but have now moved up to teach 7th and 8th – I also have one 6th grade class. “Luckily” for me, my school trusts both me and my teaching abilities to help prepare the upper grades for the really hard, advanced English tests that they will take at the end of the year. I also moved back to my original classroom (halfway through last year I switched). The whiteboard in the other classroom spoiled me – as a wearer of predominantly black, chalk is my worst enemy. 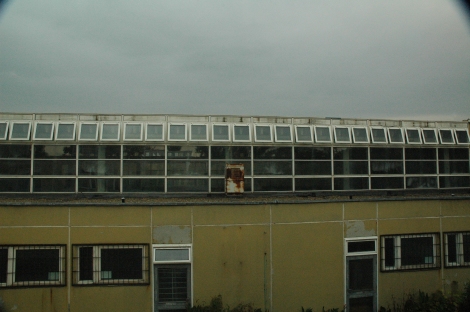 The gym. This view actually comforts me.

Life has picked up [almost] where I left off last year (in regards to hanging out with friends). Although no one could replace the awesome friends I had last year, my new friends this year are super cool as well. Here is a small glimpse into what my world has looked like since the last post: 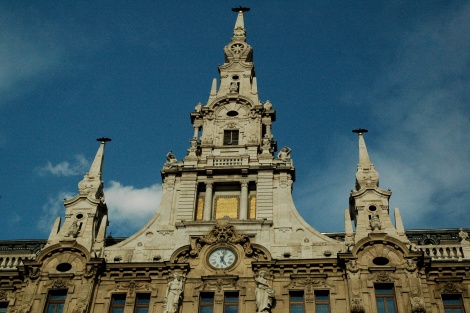 Boscolo Budapest – so nice, I can’t comprehend it. 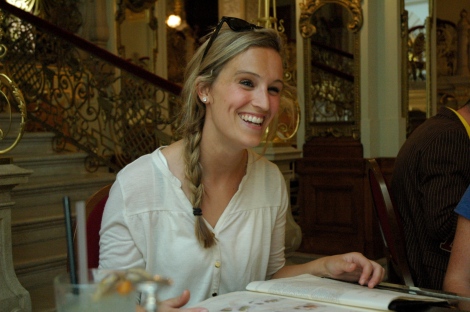 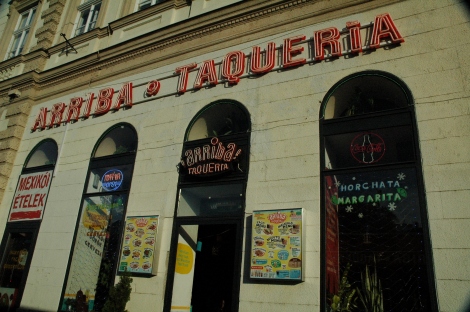 “Into the Bowels of Budapest” has related to nothing until now: Yesterday I went into two caves with a few of my friends! In addition to being wonderful, it was cheap – I got into both caves for around $5. The first cave (or barlang in Hungarian) was Szemlő-hegyi-barlang. This cave is around 2,200 meters long, but we only saw about 250 meters of it. According to its website, Szemlő-hegyi-barlang is full of “pisolite precipitations and gypsum crystals” which are so numerous that they are “almost unparalleled in Europe.” The bottom floor of this clean, dust-free cave is also used as a treatment facility for those who suffer from respiratory problems such as asthma. We had to wear jackets because this cave is a constant 12°C (53°F). 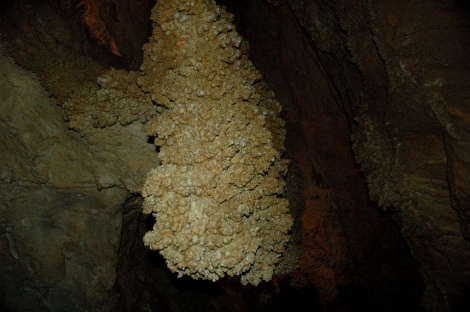 The second cave that we ventured into was Pál-völgyi-barlang. Unlike Szemlő-hegyi-barlang, this cave has stalactites. Pál-völgyi-barlang is also the longest cave in all of Hungary – it is roughly 29.1 km long, but again, we only experienced a portion (about 500 meters). This cave is a constant 10°C (50°F), so visiting this cave during the winter time is not actually a bad idea. Even though both tours were not rigorous by any means, I was a little frightened by one part of this tour. A “stairway” that was basically just a fancy ladder was completely vertical. Fortunately for me, we only had to go up the ladder, not down. There was also a “fairy fountain” that contained magical wrinkle-reducing water. Hanging behind, you can properly guess that I stuck my hand in and splashed a few glittery drops onto my face. Fingers crossed. I will be twenty-five in a little over a month, after all. 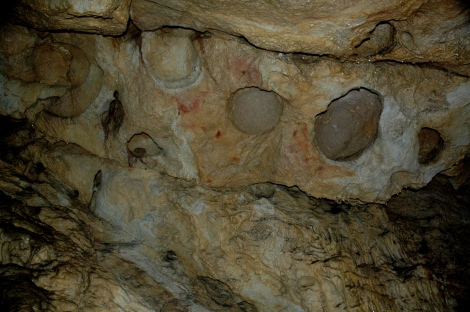 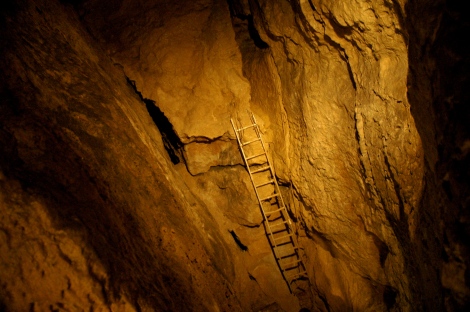 I fully recommend going to these caves if you have a few hours to spare. If you are looking for a more intense caving experience, there is an “adventurous climbing-crawling” cave tour that you can partake in. You will even get suited up – overalls, helmet, headlight, etc. This tour, which lasts about three hours, takes you in the places that are still left in their natural states. I plan on doing this cave tour soon.

A Lesson From Miss Jennifer: Looking down… Reconsider it.

3 responses to “Into the Bowels of Budapest”