I celebrated my one year anniversary of being in Hungary one week ago. Instead of being alone in the forest, I ended up spending my day with many of the people responsible for getting me a job here – the staff of the Central European Teaching Program. I had the honor and privilege of helping out with this year’s orientation. I cannot even begin to comprehend how a year has already come and gone: just a year ago I only knew five phrases in Hungarian, was familiar with [just] trams 47 and 49, and thought walking up to Buda Castle was a trek. I arrived on August 21st, 2012 – one day after St. Stephen’s Day. New teachers were advised to not come on the 20th because it is Hungary’s biggest holiday. This year a returning teacher and friend, Kayla, and I tried to keep up with the celebrations. Key word: tried.

How I arrived – no editing was involved in this picture.

St. Stephen (Szent István) was the first king of Hungary/founder of the Hungarian state. August 20th is the day used to celebrate his feast day and commemorate said foundation. In addition, new bread is blessed at this time. Prior to this holiday, I had big plans on seeing the Procession of St. Stephen’s Holy Right Hand, Blessing of the Bread and Harvest Procession, and the famed fireworks show. Somehow… just somehow… I missed all three. Kayla and I failed to write down when and where the major events were to take place – and as we walked around all day, we became too lethargic and lackadaisical to even care.

Kayla and I eventually left my flat and meandered our way to Heroes’ Square – we just barely missed the changing of the guard. As we approached the Tomb of the Unknown Soldier (previously called the monument of Hungarian Heroes), we noticed tourists climbing all over the monument trying to get the “best picture.” Needless to say, I was both flabbergasted and offended. Respect your surroundings. After judging the masses, we hopped on the metro towards Deák Ferenc tér – we were on our way across the Danube to Fishermen’s Bastion. While on our way, we came across several acts that were not related to St. Stephen at all… First on the list: a group of street dancers. I would like to take this moment to thank the sweet sound of Gloria Estefan for leading the way. Second on the list: a group of “traditional” Native Americans – the garb, guys. Oh, the garb. The last act we stumbled upon, located on Clark Ádám tér, was actually Hungarian (I was beginning to question my surroundings) – we watched a group perform traditional dances for a few minutes. 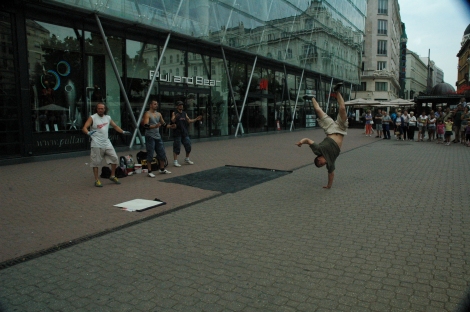 The shirts are 100% authentic.

Walking down the Chain Bridge = so fancy. 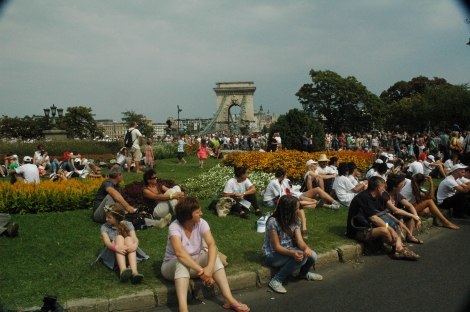 After frolicking about the town for several hours, we became tired. I cleverly suggested going home to eat (knowing that I would want a nap), but Kayla fought the system for a little while longer. We tried to get near St. Stephen’s Basilica with hopes of seeing something exciting, but jokes were on us – you cannot get anywhere near the church without a special pass. With plans to come back out for the fireworks, only Kayla stayed true to her word.

In regards to the Central European Teaching Program’s 2013 Fall Orientation, I had a lot of fun. We stayed in Hostel GoodMo – of which I fully recommend to anyone wanting to stay in an awesome, clean, wonderfully located, delightfully staffed hostel. Another returning teacher, Emily (she is going on her eighth year compared to my second), and I helped the directors with orientation. Emily is a little bit more responsible than me – and definitely more of a morning person. I would like to think we took shifts though. She answered really important questions in the morning while I showed people around at night – so intense, too intense. Unfortunately for me, my sleep schedule has been ravaged by none other than me. Hopefully I will wake up for all of the teachers’ meetings I have to attend tomorrow…

Only a little messy. 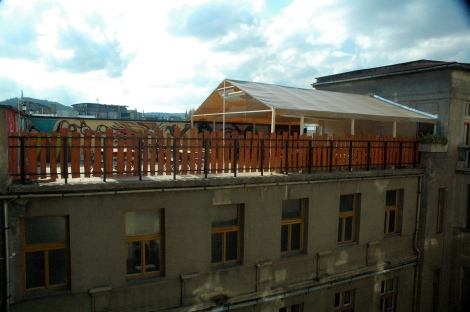 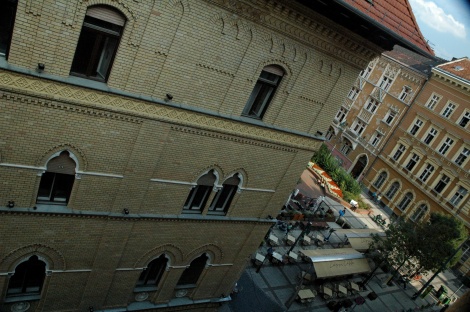 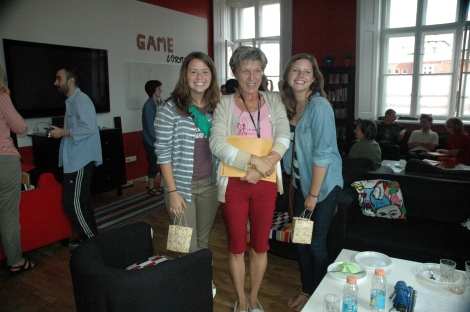 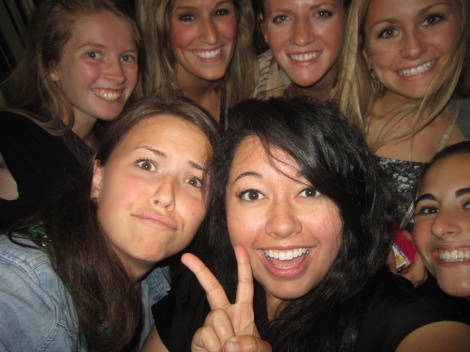 Continue to treat me right, Hungary:

A Lesson From Miss Jennifer: Try not to miss every event you spent a year planning on attending. You’ll only laugh through the tears.

4 responses to “One Year”