Yes, I spent my 26th birthday in a doctor’s office. Yesterday I sat in a seat too high for my short stature, thus causing my feet to dangle two inches from the floor. Classic songs like “All I Need Is a Miracle” by Mike & The Mechanics and “I Have Nothing” by Whitney Houston played in the background, which entertained me far more than my fellow patients who opted for personal soundtracks. I have quite frankly lost track of the number of appointments I have had this past year, but just know that if doctors were Pokémon I would be close to catching them all. You are welcome for that reference. 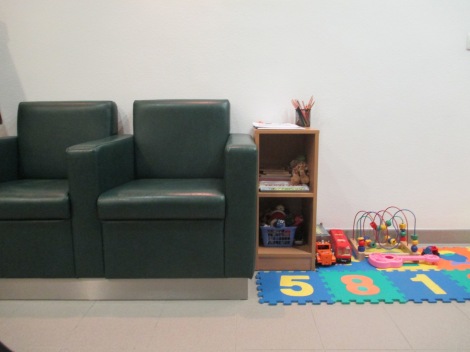 As I have droned on about in a previous post, I have not been thrilled about celebrating my day of birth for some time. I cried when I hit the double digits, for Pete’s sake. Although I like getting presents, the awkwardness that ensues when receiving a gift makes it almost unbearable. Thousands of sweets were bestowed upon me, causing a (as my students dubbed it) “chocolate mountain” to form. I also received a large handful of notes and letters. One read: “Happy Birthday to my best and prettiest teacher! You will the coolest character in one of my books!” Every single year I receive something involving One Direction. I am not going to say that Harry Styles is my iPhone background, but…

Last Saturday, my friend Jolan and I went to the Art Market Budapest, held at Millenáris Cultural Center. We are both lovers of art, so it just made sense to go (we went to Budapest Design Week the Saturday before). Albeit I am more classic in my artistic taste, I really appreciated seeing more modern pieces. Established in 2011, this international art fair currently represents 20 countries and attracts several thousand visitors. The Budapest-based Brody Anonymous Project fascinated me. Here several pieces were presented anonymously, which encouraged viewers to buy based on the artwork itself and not the name behind it. A quote by Oscar Wilde was written next to the display: “Man is least himself when he talks in his own person. Give him a mask and he will tell you the truth.” 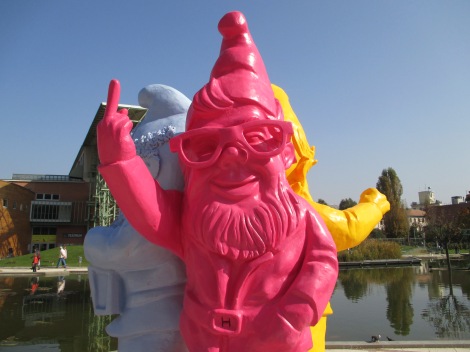 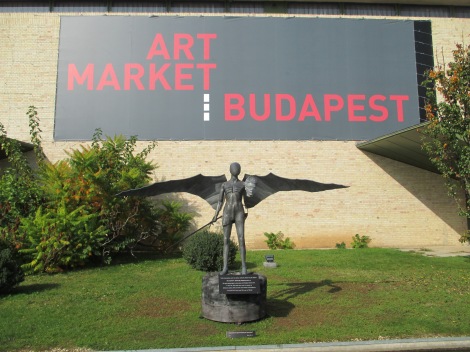 One of my favorite pieces.

After leaving the event, we met up with our friend Niamh (pronounced: Neev – Irish) at Széll Kálmán tér in order to go to János-hegy. We were going to go to the Chimney Cake Festival (Kürtőskalács Fesztivál), but 1) it bordered Oktoberfest Budapest 2) the main event had already past 3) we were too lazy to go there. I have written about János-hegy before – in short: it is the highest point in Budapest. There is a tower on this peak called Elizabeth Lookout Tower/Belvedere Tower (Erzsébet-kilátó) and from the top you can see Budapest in all of its glory. Budapest, although green from above, is very autumnal right now. We trekked through dirt/gravel trails covered with colorful leaves. We had planned on taking the chairlift down the mountain, but we would have been at the end of a massive queue (hello, Disney World déjà vu). If you live in Budapest and have not been to János–hegy, treat yourself. 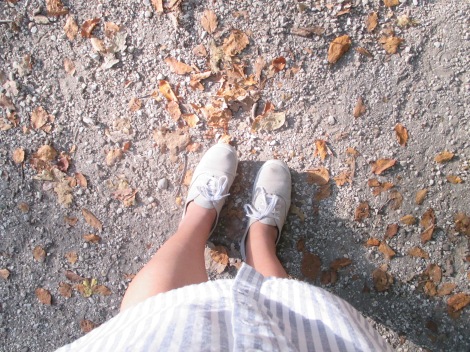 I have one week until my last teaching day before the fall holiday. Since I will have several day before jetting off to Belgium/the Netherlands, I will place myself on house arrest in a desperate attempt to save money. Last but certaintly not least, it is my little sister’s birthday today! Happy Birthday, Amira!

A Lesson From Miss Jennifer: Do not wear a skirt to hike on a windy day.