Imagine having a dream. Now imagine that dream becoming reality.

Creating this post has been a long, arduous process. Although I have had over a week to digest my week “backpacking” through Italy, I still feel as if it was just a dream! This post will be extremely picture-heavy. I cannot even begin to describe the love in my heart.

Venice. Coming here was a dream come true. Out of all of the places I visited in Italy, Venice was my favorite. Everything, I mean, everything was a “site.” I am a major fan of water, and if you know anything about this city… (hint: water). “Getting lost” is how one is supposed to travel in Venice – the number of small, winding streets are endless. I did not mind traveling in this manner at all. Oh, except on the first day. Might I mention that VENICE WAS FLOODED when Cel and I first arrived? We purchased plastic leg covers (because they were cheap), but ended up caving and purchasing actually rain boots twenty minutes later…

One of several carnival mask shops. 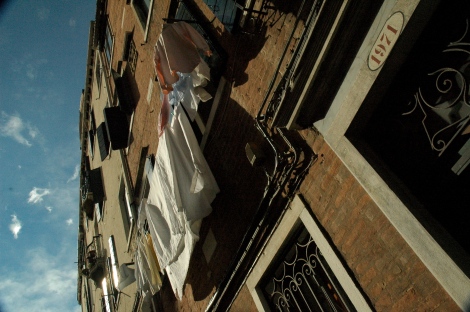 I have a small obsession with laundry.

He was a fine whistler. 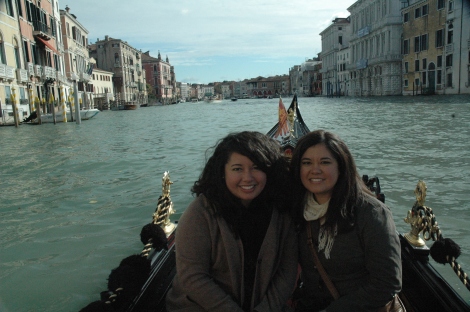 Rome. The rain followed me and Cel to the capital of Italy. I am greatly saddened by this fact, because all I could carry with me is my compact camera. The quality of my photographs here are, well, lacking (with the exception of the first few). Cel and I had a tour guide – PATRICK, I AM WRITING ABOUT YOU. Rome was a lot of fun. Our hotel’s bathroom smelled faintly of sewage, but why complain? I am a major fan of ancient history, so several sites Rome had to offer pleased me greatly (although I might or might not be “Greek or bust” snob). Oh, and the churches. So many churches!

Inside the Colosseum (and insert camera change)! 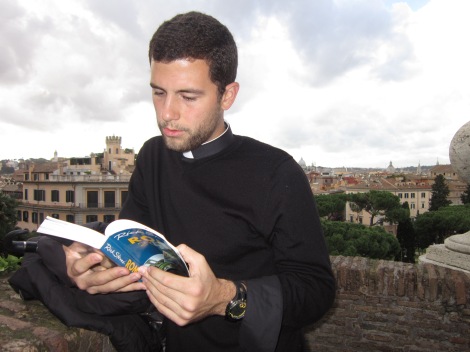 Tour Guide – Patrick. You can also call him “Rick Steves.”

Vatican City. There’s nothing quite like being one of the first people to announce the arrival of the Pope. Oh yes – let me explain. A key background component of this story is Father Tim (thank you). I stood on my chair, pointed dramatically and screamed “THE POPE-MOBILE!” I keep living the dream, I know… 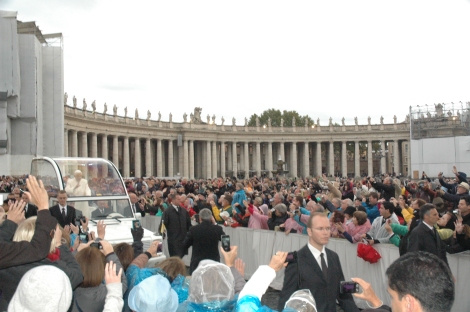 And there he goes!

Statue of St. Peter in, you guessed it, St. Peter’s Basilica. 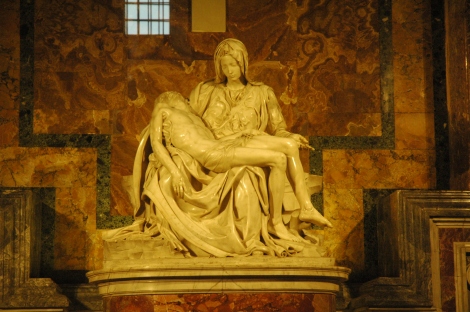 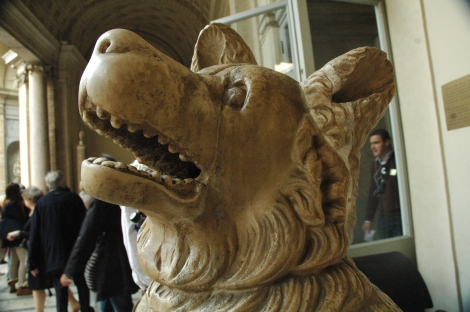 Obsessed with this statue. I mean, just look at it.

Laocoön and His Sons. 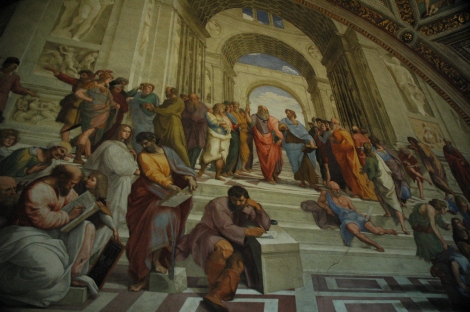 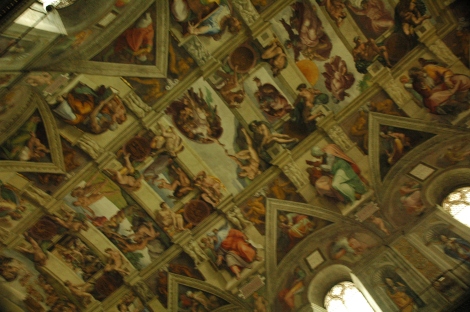 Sistine Chapel. Horrible picture, I know, but it wasn’t even allowed in the first place…

Pompeii. Pompeii was fine. However, getting there was a different story. I am not a fan of “judging” a place (especially since I was only there for a few hours), but read up on Naples before you go. Let’s just say this: I was walking from the city train to the station when a lady ran to me. I had my nice camera casually hanging from my left shoulder. She spoke frantic Italian to me, grabbed my camera from off my shoulder, and made me wrap it tighter against my body. Then she proceeded to cover my camera with my cardigan. Interpret that as you wish… As for Pompeii, the deserted ancient city was hauntingly beautiful. Mount Vesuvius, like a powerful god, loomed over the ruins – and I was still very aware that it is still active.

Remnants of what used to be a colorful city. 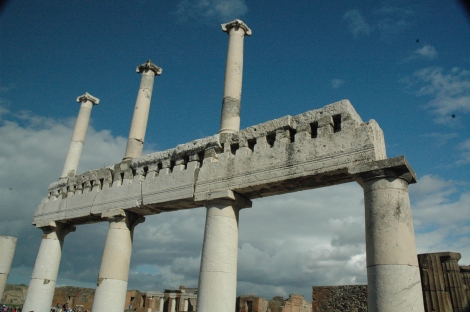 At the Temple of Apollo.

And this, this is the life I have wanted for so very long.

A lesson from Miss Jennifer: Avoid the cheap plastic shoe bags in Venice. Just commit to a nice pair of rain boots.