I am not saying that going to Taiwan during the sweltering heat of July with the threat of oncoming typhoons is the smartest thing a traveler can do, but it is what this traveler did. I survived, albeit I did get stuck on a mountain my first day.

My trip was a great Budapest reunion: the three friends I was going to spend time with in Taiwan – Molly, Daniel, and Tiffany – all lived in the Hungarian capital as well. It was nice being with people familiar with a place so near and dear to my heart. While living in Budapest, Molly and I traveled to Slovakia and Croatia together. She flew up to see me in Seoul and we ventured off to Taipei together. Daniel, Tiffany, and I met up in Turkey and took one of the most beautiful photographs I have ever set my eyes upon. They now live in Taiwan and graciously offered their apartment for us to stay in.

On the day of the flight to Taiwan, Molly and I had probably three hours of sleep. After eating miso soup and a bulgogi rice ball for breakfast and zombie walking to the plane, I promptly put on a full face mask and passed out. When we arrived, I grabbed my wifi egg I got from WifiTaiwan (I had no problems, so I recommend it) and ate at Subway. Judge not or ye be judged – it was there and I was hungry. My experience at Subway was the first out of many that people thought I was actually Taiwanese. My blank stare eventually told them otherwise. Molly, a tall, white, blue-eyed blonde beauty, stuck out like a sore thumb. As I am half-Asian, I suppose I blended in a bit more.

Upon arrival at Taipei Station, Molly and I desperately started the hunt for an open locker. Blood, sweat, and tears were involved [cue: BTS (방탄소년단) – Blood Sweat & Tears (피 땀 눈물)]. I actually ran with a man to find a change machine. I did not intend to run, but when the man took off, I did too. Molly ended up cutting herself on a locker door, but modern medicine in the form of recent tetanus shots eased her mind. Luckily I am an overly prepared person, because I had a first aid kit on hand.

Anyway, after the “Locker Fiasco of 2017,” Molly and I went to Maokong Gondola. Maokong Gondola is a gondola (shocker, I know) that operates between Taipei Zoo and Maokong. It has four stops and runs for 4.3km/2.7mi. There are “crystal cabins” that have glass floors, but we opted out of taking one. My friends, Brent and Monica, took one when they went to Taiwan, so if you want to see their awesome video, click [here]. 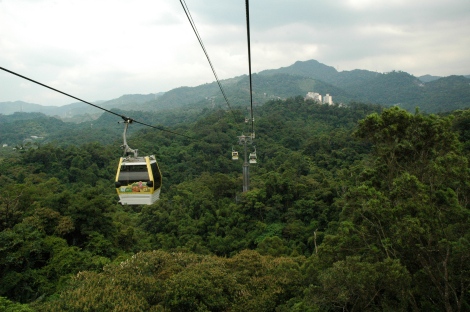 After we screamed Whitney Houston all the way to the top, we walked around in search of a temple. For the first twenty minutes of the walk, I had a huge bag of bacon and cheddar cheese Doritos in my hands. I am not always proud of my decisions. Back to things that actually matter to the story, the view was spectacular. Unfortunately, I have not been able to get out of the city much since living in Seoul, so it was nice to be surrounded by nature. During our quest to find a temple, we noticed that something was off – the gondola appeared to be out of service. I looked on the website for confirmation and low and behold – it was temporarily out of service. Apparently the smallest threat of a storm can cause the gondola to shut down. Better safe than sorry, I suppose. We had two options: take a cab down or wait several hours for the gondola to start running again. We took option one. Luckily for us, we got our money back because we did not finish our ride. Thanks, gondola workers!

Next on our list was meeting up with Daniel and Tiffany at Taipei 101, which used to be the tallest building in the world. Din Tai Fung, a famous Taiwanese restaurant, is located at the bottom of the tower. We ordered a shocking amount of food. I am not exaggerating in the slightest – our waiter told us in the nicest way possible that it was too much. We were not deterred and pressed onward. Well, it turns out she was right. It was almost embarrassing the amount of food we inhaled. After our expensive gluttonous experience, we quickly went up to the top of Taipei 101. Fast elevators make me sick, and guess what – I was blessed with a fast elevator. The view was spectacular though. 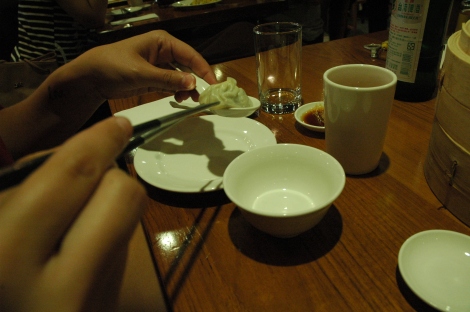 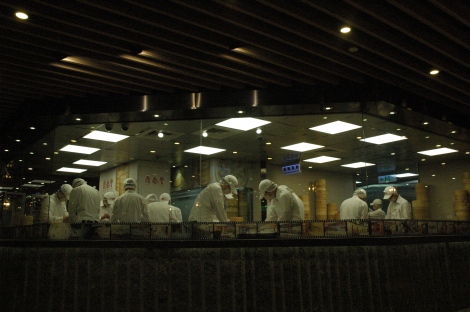 The next day I met up with my Taiwanese friend Debbie for lunch. She drove me on her scooter to eat at a delicious beef noodle restaurant. As we met while she lived in Seoul, it was good to catch up. Afterward, Molly and I went to Jiufen, a town I have wanted to go to since first seeing Spirited Away. Whether or not Miyazaki was actually inspired by Jiufen does not take away the fact that the town has owned this claim. Jiufen was absolutely breathtaking. I was not aware that it was settled on top of a mountain overlooking the ocean. While taking a cab up, Molly and I were speechless. 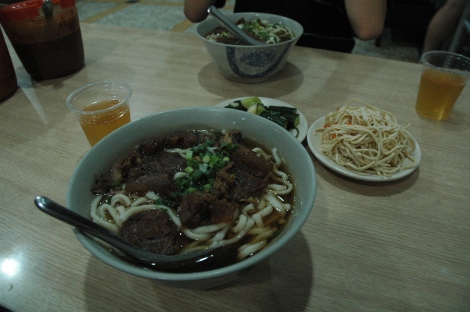 As soon as we stepped out the taxi…

We walked around for hours, getting lost amongst the maze of winding streets and the smell of scrumptious food. Red lanterns hung above our heads. Everywhere we looked was a sight to be seen. We ended up at the “scenic view” of Jiufen at the perfect time – the sun was setting and we just so happened to end up there to watch it go down. It was honestly one of the most beautiful sunsets I have ever seen. It rivaled the sunset Molly and I watched in Split, Croatia. I have lived such a privileged life and for that I will always be thankful.

Afraid of stray dogs since Sarajevo… 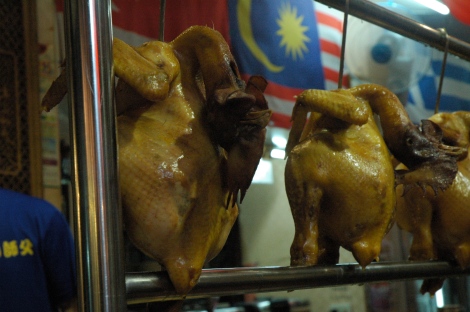 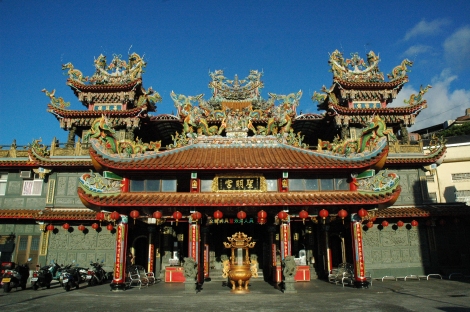 I was hell-bent on finding a particular tea house and finally, after a few hours, we found it. Everyone else had the same idea, so taking a picture of it was a struggle. Nevertheless, we came out victorious. 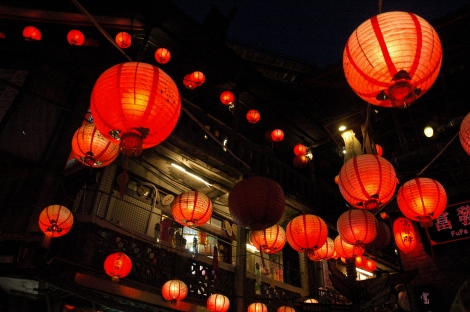 Not quite tall enough. 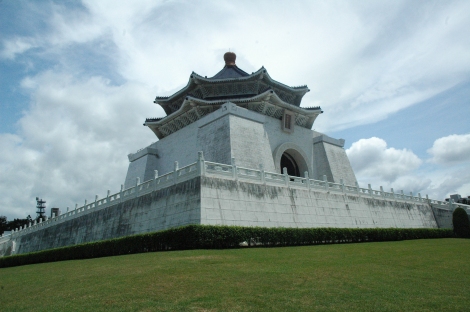 We later melted our way through a park and then onwards to Longshan Temple, a Buddhist temple built in 1738. Although there were a good handful of fellow tourists, most of the people at the temple were paying respects and/or asking for advice. I heard the sound of wood hit the floor before I saw it. Looking around, I noticed that several people had two small, crescent-shaped pieces of wood/bamboo. They appeared to say something and then throw the pieces on the floor. Upon further research (I am a scholar after all), I learned that there are different answers according to how the pieces fall. 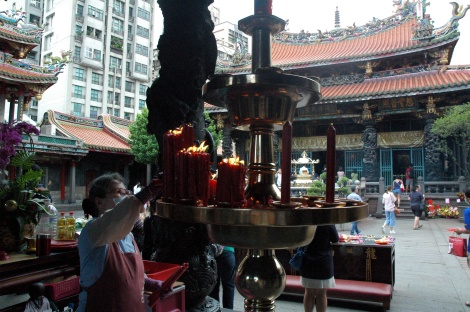 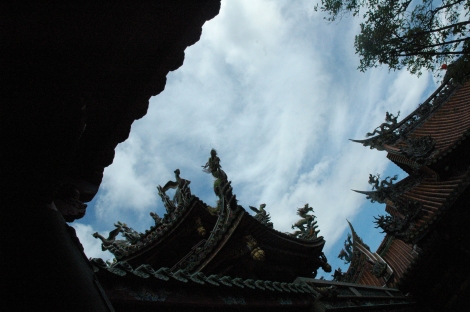 Hungry and wanting to eat something Taiwanese, Molly and I found a highly reviewed hole-in-the-wall restaurant called 金峰魯肉飯 that served braised meat. I only have a clip of the food in my video, so just believe me when I say it was inexpensive and good.

The following day Molly left to fly back to the United States. Daniel, Tiffany, and I had dreams to go to Taroko Gorge, but those dreams were shattered. We then had dreams to go to Kaohsiung, a city in the south of the island… but alas, the oncoming typhoon halted that plan as well. Instead, we went to see Spiderman: Homecoming, shop, and play in a huge arcade. The typhoon continued to ruin our plans though, because the complex closed before we could hit the arcade. I did buy some nice dresses, so I guess I came out with something (a lighter wallet).

Most of my last day in Taiwan was spent in the airport. I spontaneously decided to take a taxi from Hsinchu, where Daniel and Tiffany live, to the airport located in the heart of Taipei. Due to my spontaneity, I arrived at the airport four hours early (I was supposed to go this route: taxi to train station – train to Taipei – metro to airport). My laziness only cost me a little more, so in the end it was worth it.

Overall, my trip to Taiwan was lovely. I really do not think it was my last visit to Taiwan. There is still so much to see! Next time I go I will definitely try to avoid typhoons though.

A special shout out to Daniel and Tiffany for being awesome hosts. You guys treated me like royalty! xo.

One response to “Five Days in Taiwan”